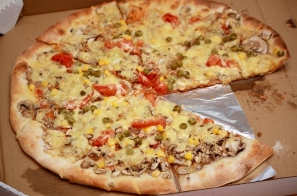 A new study shows obese people visit the doctor more often than smokerswho are a healthy weight. One in four Canadians is obese, a trend that has been increasing over the last 30 years. The research looks at the impact of obesity on the number of doctors visits nationwide. The results showed obese people visit the doctor more frequently than regular smokers at a healthy weight.

This can put additional stress on an already strained healthcare system. To see what would happen if obesity were eliminated entirely researchers used data from 60,000 Canadians from the 2012 Community Health Survey. James McIntosh, a professor in the Department of Economics at Concordia University, found if obesity were not a factor, the total number of doctors visits would decrease by ten percent.

If you extend this study to Europe where many countries are struggling to cut costs, tackling obesity could be one way to relieve beleaguered health systems. Currently 50% of European are overweight and around 20% are obese. Using information in the study, Tackling Obesity-Driven Inflation (TOBI), European partners look set to fight the rising problem of obesity.

As a result of the collaboration between countries, scientists identified mechanisms that can increase stroke and heart attack risks in obese people. This will help drive drug research and development. On another level TOBI has made changes in the way people are informed about obesity and associated health risks.

“While the situation is serious, it’s not catastrophic,” says McIntosh. “But now is the time to act before it gets out of control.”