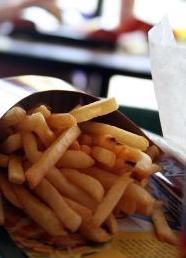 Obesity rates are no longer increasing in the United States.

According to the latest figures the number of people classified as obese in the United States in levelling off. The study, from the Centre for Disease Control and Prevention (CDC), found there was little change in the number of obese teenagers and adults between 2003 to 2012.

One-third of adults, and 17 percent of children and teens are obese, said researchers who studied more than 9,000 people in 2011-2012. A comparison with five studies since 2003-04 show changes within specific age groups, representing no changes overall.

“We found overall that there was no change in youth or adults,” said study author and epidemiologist Cynthia Ogden. However, within age groups significant changes were noted. Increasing numbers of older women are obese, but for young children the number is dropping.

The results for younger children show a 43 percent decrease since 2003-04, the first broad decline in years. Obesity in children aged two to five years old dropped from 13.9 percent to 8.4 percent in 2012-13.

Scientists haven’t identified a concrete cause for the decline, but have suggested a drop in the consumption of sugary drinks and higher rates of breastfeeding may have contributed. Early intervention and education programmes in schools were also praised.

Dr. Sara Lappe, a pediatrician at Cleveland Clinic Children’s Hospital said, “There are a lot of early intervention programs in Head Start and preschools, and education directly to parents that may be starting to pay off.

“Hopefully,” Lappe added, “as they [the children] get older, we’ll see the numbers come down.”

The authors of the study, published in the Journal of the American Medical Association, said the U.S. government had launched a number of educational campaigns to combat the obesity problem in the country. Among the most high-profile, is Michelle Obama’s “Let’s Move” campaign to encourage healthy eating and exercise among schoolchildren.

While the fact the figures appear to be levelling off overall is promising, in some age groups obesity has become more prevalent. In women over 60 the percentage who are obese rose from 32 percent in 2003-2004 to 38 percent in 2012-2013. In total more than two-thirds of adults in the U.S are overweight or obese, and six percent are morbidly obese.

“Obesity is obviously a multifactorial problem. It’s very complex,” Ogden said, adding that surveillance of obesity in the United States will continue.