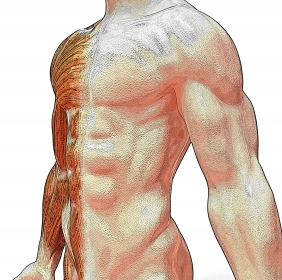 Organ donation is always necessary but so it is donating tissue

When it comes to organ donation, there are more people who need a transplant than there are people willing to donate an organ.

Most of the organs that are available come from deceased donors who had no serious diseases. However, donations from living donors are also welcome. In order to donate, a donor must pass various medical and psychological examinations to verify that  he/she does not have any serious conditions, and also is emotionally stable.

It is true that being a living donor requires major surgery, with the risk of complications. Having said that, there is not much to prevent a person becoming a donor after death. Not even the major religions have objections against donation.

In order to increase the number of organ donations, different systems have been implemented around the world, and some countries excel in supplying donor organs.

With regards to donation from a deceased person, the country that tops the list is Spain. It has 34 donors per million people (the average in the European Union is around 14). This is due to a highly trained team of transplant professionals (doctors, surgeons and nurses etc.) that speak to the families of deceased people whether the deceased had a donor card or not. There are also campaigns in the media, and people are well aware of the possibility of post-mortem donation.

As one transplant coordinator, Juan Carlos Robles Arista, said in an interview for The Guardian,

“The first and most important thing is the reaction to the announcement of the death. (…) It is a painful situation but my job is to explain to the family that in their pain, they could find happiness in helping others.”

While the Spanish Model of donation is being exported to other countries, Spain is also continuing to learn from others such as the Americans on the matter of living donations.

In order to make live donations more efficient and to save more lives, two methods have been developed. Initially, living donations came into existence because, although somebody wanted to help save the life of a friend or relative by donating an organ, they were not compatible.

When this is the case, and a person is certain that they want to donate, there are two possibilities – a paired donation or starting a transplant chain. 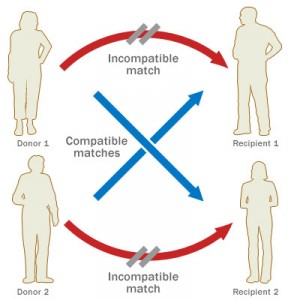 For starting a transplant chain, all that is needed is one person who is willing to donate (to a person they don’t necessarily know). The organ will be given to somebody that also knows someone willing to donate, and the organ of that third person will be given to a fourth. The world record of this kind of chain, so far, is 30 kidneys in a chain that involved 60 people over a period of 4 months all around the United States. If the first person wanted to donate to a relative, the last person receiving an organ would be this person. As Dr John Milner, a transplant surgeon at Loyola University Medical Center said, this is the best way for patients who have incompatible donors to receive a transplant quickly, and with the best results.