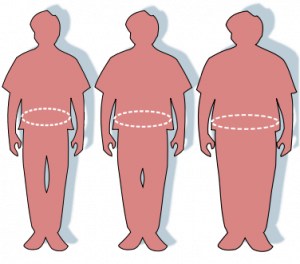 Over half the world’s overweight population live in developing countries.

Nearly a third of adults and a quarter of children in the world today are overweight, said a report published this week. The report also warned no country has been able to curb rising obesity levels since 1980. Traditionally associated with an affluent lifestyle, the problem is now spreading, with an estimated 62 percent of overweight people living in developing countries.

There are reportedly 2.1 billion overweight or obese people in the world today, an increase from 857 million 33 years ago. The report found over half the population of island nation Tonga are now classified as obese. In addition, more than 50 percent of women in Kuwait, Libya, Qatar, and Samoa are also overweight or obese.

The study, the Global Burden of Disease, published in the Lancet, found nearly three-quarters of men in the USA and 60 percent of women were overweight or obese.

“Obesity is an issue affecting people of all ages and incomes, everywhere,”  said Christopher Murray, director of the University of Washington Institute for  Health Metrics and Evaluation, who helped collate the data for the period 1980 to 2013.

“In the last three decades, not one country has achieved success in  reducing obesity rates, and we expect obesity to rise steadily as incomes rise  in low- and middle-income countries in particular, unless urgent steps are  taken to address this public health crisis.”

Around 671 billion people now fall within the weight range for obesity, said the study, and 78 million of them live in the United States. The U.S. accounts for 5 percent of the world’s total population, but more than a tenth of the world’s obese people.

China and India, both with much larger populations than the U.S., came in second and third places in the top 10 obese countries with 46 and 30 million people respectively. Russia and Brazil made up the top five overweight countries in the study.

Overweight people are at much higher risk of cardiovascular disease, cancer, diabetes, osteoarthritis, and other life-affecting conditions. The increasing number of overweight people is putting a severe strain on health services, said the study.

Excess body weight caused an estimated 3.4 million deaths in 2010, and previous studies have warned this trend will impact on life expectancy if it continues.

The study, based on data from 188 countries, found the prevalence of overweight adults rose by 28 percent worldwide, and nearly 50 percent for children. The study authors expressed concern that nearly a quarter of kids in  developed countries and 13 percent in developing ones were overweight or obese – up from 16 percent and eight percent in 1980.

The World Health Organisation aims to halt the rise in obesity by 2025, a  target the study authors said appeared “very ambitious and unlikely to be  attained without concerted action and further research”.