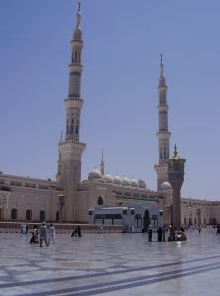 A UK-based Haji group is warning pilgrims to take precautions against MERS in Saudi Arabia.

Health experts in the UK have warned Haji pilgrims to take the threat of MERS coronavirus seriously. The Association of British Hujjaj (Pilgrims) UK (ABH) issued a “stern warning” to travellers, and pilgrims, going to Saudi Arabia. Those visiting the country should take preventative measures against Middle East Respiratory Syndrome (MERS) which has already killed over 100 people in Saudi Arabia alone.

The World Health Organisation (WHO) has stressed the importance of using all practical communication methods possible to inform Hajj/Umrah pilgrims of the risks, especially the most vulnerable people within this population. Symptoms of MERS coronavirus include acute, serious respiratory illness, with fever, shortness of breath, and a cough. All travellers to Saudi Arabia should follow basic hygiene principles and seek medical help if they show symptoms.

Malaysia has reported one MERS death, a 54-year old man who contracted the virus while performing umrah in Saudi Arabia. The government announced as a precautionary measure, all travellers entering the country through Kuala Lumpur International Airport will be screened for the virus.

This week, the Saudi Health Ministry announced the number of infections has risen to 339, with 143 cases announced since the start of April, a 73% increase in the total number of cases. Among the latest infections were four medical staff at a hospital in the northwest of the country.

Earlier this month four doctors in Jeddah’s King Fahd Hospital resigned after refusing to treat MERS patients for fear of infection, reported Al Jazeera. The health minister has also been dismissed, with the acting minister promising “complete transparency” over MERS.

Experts are still struggling to understand the virus, but a recent study found it has been “extraordinarily common” in camels for at least 20 years. It is thought it was passed from the animals to humans and has now evolved. MERS is classed as a more deadly, but less transmittable, relative of the SARS virus which was first seen in Asia in 2003 and infected over 8,000 people, 9% of whom died.