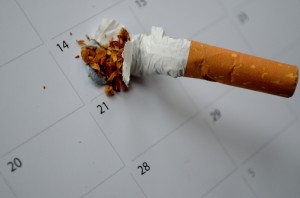 Experts say: Too much animal-based protein is as dangerous as smoking 20 cigarettes a day.

A new, controversial study has revealed that a high consumption of protein could be as harmful to your health as smoking. The study tested 6,381 middle-aged people in the U.S. who consumed a lot of animal proteins. Researchers found that this was linked to a fourfold increase in their risk of death from cancer and diabetes.

Additionally, middle-aged people tended to die younger when they suffered from these diseases. In comparison with people 65 and older it was the other way around – they seemed to be healthier with the same high-protein diet.

The study was carried out by the Longevity Institute at the University of Southern California as part of the National Health and Nutrition Examination Survey. The authors concluded that consuming too much animal-based protein is as dangerous as smoking 20 cigarettes a day. The most harmful products are red meat, milk and cheese.

According to the study it is better to stick to a low-protein diet until old age when a high-protein diet showed little effect. Furthermore, you should consume protein that comes from plants, which is healthier than animal protein.

However, nutrition experts warn it might be too early to draw consequences from this study. The phenomenon has to be observed further over the next decades. The effects of a high-protein diet could be due to other substances in meat, for example. So it might be more a matter of being meat eater or vegetarian.

The message of the study is quite equivocal. Does it mean you should stop eating meat and cheese? Or, does it mean quitting smoking doesn’t make any sense because you’ll die from eating animal-protein anyway? No, this is not what the study indicates. Meat, cheese and other proteins from animals should just be consumed in moderation.

“Smoking has been proven to be entirely bad for us, whereas meat and cheese can be consumed in moderation as part of a healthy diet, contributing to recommended intakes of many important nutrients,” Heather Ohly at the European Centre for Environment and Human Health in Exeter said.

For many years nutritionists have told us to eat more protein-rich food to manage our weight, which is better for our general health. Now, a high-protein diet has bad consequences as well and is as harmful as sugar, fat and carbohydrates. So, what can we eat?

Generally a mixture of food groups, and moderate intake of everything, is probably best for the human body. So, the most important thing is portion control – since we know that being overweight is unhealthy – and variety. It won’t be the right answer to this study to stop eating proteins.

“A key message from the study is “don’t get extreme in cutting out protein”. Just be sensible about where it comes from, choose high quality whole foods, and don’t over-consume any one food group,” said Ohly.