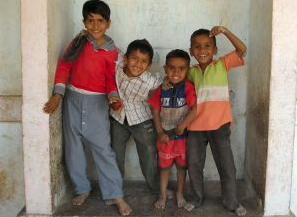 A new study has highlighted the need for vaccines to target the four main causes of diarrheal disease in children.

Diarrheal diseases are the world’s second biggest killer of young children, behind pneumonia. An international study, published in The Lancet, has provided the clearest picture yet of the impact and common causes of this type of disease.

The Global Enteric Multicentre Study (GEMS) is the largest ever study on diarrheal diseases in developing countries, looking at 20,000 children from seven sites around Asia and Africa.

The study confirmed rotavirus – for which a vaccine already exists – as the leading cause of diarrheal diseases in infants. Other significant causes were also identified, for which urgent research is required.

GEMS found that approximately one in five children under the age of two suffer from moderate-to-severe diarrhea (MSD) each year, which increased their risk of death 8.5-fold and led to stunted growth over a two-month follow-up period.

Despite many causes, GEMS found that by targeting just four main pathogens, the majority of MSD cases could be prevented. Expanding access to the rotavirus vaccine could save hundreds of thousands of lives. In addition, GEMS found that fast-tracking research on vaccines and treatments for three other major pathogens could have a similar impact.

In India rotavirus kills 100,000 children every year. India’s Department of Biotechnology has recently announced a low-cost vaccine to tackle the disease, reports the Global Post. Though it is yet to be approved by Indian drug authorities, the $1 oral vaccine is ready for production say scientists.

The Indian vaccine, named Rotavac, will be made by Hyderabad-based Bharat Biotech, which has said it has the capacity to mass-produce tens of millions of doses after clearance is given, expected in eight or nine months.

“Vaccines and treatments available today can save thousands of children right now but targeted research to develop new tools to combat severe diarrhea could save many more lives in the future,” said Dr. Thomas Brewer, deputy director of the Enteric & Diarrheal Diseases team at the Bill & Melinda Gates Foundation, which funded the study.