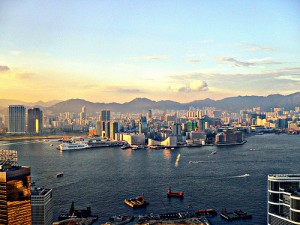 Hong Kong has faced a steep rise in scarlet fever cases this year: 600 infections and two fatalities. Mainland China and Macau have also seen increased numbers of cases, leading a top health official to call the outbreak “a regional phenomenon.”

Scarlet fever is in the same family of diseases as strep throat. While it was once a major cause of death among children, fatalities dropped off sharply after a vaccine was developed in 1924. Today scarlet fever is usually treated with antibiotics. Symptoms include fever, soar throat and a characteristic red rash that forms 12-48 hours after the initial onset of fever. The disease is most dangerous to children.

The Asian outbreak has health officials concerned because it appears to involve a mutated, drug-resistant strain. “We will be monitoring the situation very closely,” said Dr. Thomas Tsang, Controller of Hong Kong’s Center for Health Protection. “If genetic mutation is responsible for the increased transmissibility of the bacteria, the outbreak may be sustained for some time.”

More recently, on June 29th, Hong Kong’s Secretary of Food & Health, Dr. York Chow, called the rise in scarlet fever cases a regional trend. He said officials in Hong Kong, Macau and China’s Guangdong province determined this after exchanging their latest statistics, adding that the number of fatalities remains in line with historical trends. He said the public should expect scarlet fever to remain a health threat throughout the summer.