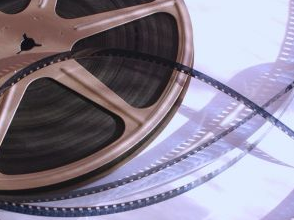 The number of incidences of smoking shown in films for young audiences is increasing according to a recent study.

When living abroad going to the cinema is a good way to practice your listening skills in a new language. It is also a great way to entertain the children on a rainy day. However, films aimed at a younger audience are increasingly portraying the actors smoking. The U.S. Surgeon General has said the more smoking young people see in films the more likely they are to start smoking themselves.

Box office hits of 2011 which featured a significant amount of smoking included Rango and X-Men: First Class, both of which target a younger audience. The films which showed the most smoking were period dramas, according to the study published in Preventing Chronic Disease Journal.

“Hollywood has still not fixed this problem,” said lead author Stanton A. Glantz, PhD, a professor of medicine at UCSF. “The result of the increase in onscreen smoking in youth-rated films will be more kids starting to smoke and developing tobacco-induced disease.”

Altogether, the 134 top-grossing films of 2011 depicted nearly 1,900 tobacco “incidents”, the analysis found. An incident is defined as one use or implied use (such as a lit cigarette) of a tobacco product by an actor.

Some of the movies that showed the most smoking were “period” films, such as “The Help,” “Midnight in Paris,” and “Hugo,” which depicted an era when smoking was more common than it is today. But others were fantasy films, including “Cowboys & Aliens,” “Green Hornet” and “The Twilight Saga: Breaking Dawn – Part 1,” which were aimed squarely at the youth market, noted Glantz.