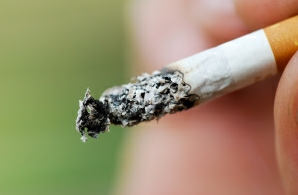 There has been little overall change in the prevalence of smoking in EU countries since 2009.

Every year 695,000 Europeans die prematurely of tobacco related causes. It is estimated, in terms of economic impact, smoking costs EU countries  at least €100 billion. According to a recent Eurobarometer survey, 28 percent of the EU population smoke and 29 percent of young people aged between 15-24.

The survey, carried out across all the EU member states, asked 26,751 people about their smoking habits and attitude to tobacco products. The results showed that since 2009 there haven’t been any significant changes in the prevalence of smoking.

It was found that smoking is more common in southern and eastern Europe. The highest proportion of smokers are present in Greece (40%), Latvia (36%) and Bulgaria (36%). The fewest smokers were found in Sweden (13%), followed by Portugal and Latvia (23%). Portugal came top in the number of people who claimed they had never smoked with 62%.

Since 2009 the number of smokers has increased in some countries, despite EU efforts to curb the number of people smoking. In Finland and the Czech republic the prevalence of smoking has increased. While in Estonia and Hungary it has decreased the most.

How to change attitudes towards smoking

It seems EU citizens are largely in favour of measures intended to reduce the number of smokers. Over a half polled said they would be in favour of banning colours, logos and promotional elements on the packs. Over three quarters of the respondents were in favour of putting pictorial warnings on packs.

In March 2012, a set of 14 new written health warnings were adopted to appear on tobacco products in the future. While health warnings influence smokers’ attitudes they have to be updated regularly to maximise their impact. The new warnings focus on some specific themes that have the biggest impact, according to a special Eurobarometer survey.