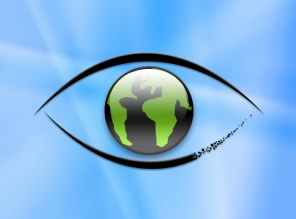 While great progress has been made in combating TB around the world there is still a long way to go, warns WHO.

While it is estimated around 20 million people have been saved through the control and treatment of TB, the World Health Organisation warns there is still a lot to be done.

“In the space of 17 years, 51 million people have been successfully treated and cared for according to WHO recommendations. Without that treatment, 20 million people would have died,” said Dr Mario Raviglione, Director of the WHO Stop TB Department.

The WHO Global Tuberculosis Report 2012 shows a continued decline in the number of people falling ill with TB, but still 8.7 million new cases in 2011. The disease is a major killer of women, with half a million female deaths from the disease out of the 1.8 million total deaths.

There have been reduced fatality rates in all six of WHO’s regions, and most of the 22 high-burden countries, which account for over 80 percent of the world’s TB cases, are also demonstrating a fall in the number of TB deaths. However, European and African regions are not on track to meet the goal of halving the level of mortality seen in 1990 by 2015.

Geographically the highest number of cases is seen in Africa and Asia. Together, India and China account for about 40 percent of global TB incidences. Southeast Asia sees around 60 percent of cases with the African region having 24 percent of cases. Cambodia has been highlighted as a success story in the fight against TB. The country saw a 45 percent drop in the prevalence of TB between 2002 and 2011.

The report also points to the promise of medical breakthroughs in the diagnosis and treatment of TB. New TB drugs, the first in 40 years, could be on the market as early as 2013. However, these new tools come at a cost and there is an estimated US$1.4 billion funding gap per year for research and development. To combat this, WHO is calling for targeted international donations and investments from governments.

“This gap threatens to hold back delivery of TB care to patients and weaken measures that prevent and control the spread of TB, with low-income countries at most risk,” said Dr Katherine Floyd, who coordinated the report team.