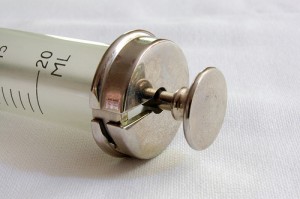 Researchers at the Emory Vaccine Center have developed a method of scanning genes to determine whether someone will develop an immune response to a flu vaccine. The test is administered three days after the vaccination and is 90% accurate. It predicts the body’s response for up to a month after vaccination.

the ability to predict who will meet these criteria within a few days after vaccination and identify non-responders would be of great value from a public health perspective. We envision that these predictive signatures could guide the rapid development of vaccines against emerging infections, and aid in the monitoring of suboptimal immune responses in the elderly, infants or people with weakened immune systems.

One controversial criticism levelled against flu vaccinations is that they can trigger dangerous complications such as Guillain–Barré syndrome, a potentially lethal nerve condition that causes temporary paralysis. Guillain–Barré develops when a person’s immune system, meaning to target infection, attacks its own nerve tissue by mistake. Though many doctors question the validity of these claims (a 2009 study of a million vaccinations in China found only 11 cases of Guillain–Barré, a 0.9% incidence rate lower than that for all of China), there is no doubt vaccinations do occasionally cause negative immune responses. The US Vaccine Adverse Event Reporting System (VAERS) receives thousands of such reports each year.

The ability to accurately predict adverse immune responses is a valuable addition to doctors’ arsenals, allowing them to provide patients with better care while reducing the chances of complications.