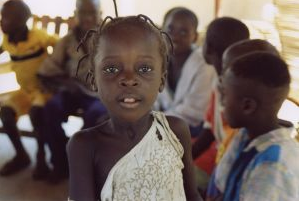 Not enough is being done to tackle the disparity in healthcare access among the health rich and health poor.

A new study has highlighted the “devastating gap” between the health rich and the health poor around the world. This gap results in the deaths of thousands of children every day, says the report from World Vision.

The Killer Gap: A Global Index of Health Inequality for Children looks at 176 countries according to the size of the gap between those who have access to good healthcare and those who don’t, based on four criteria.

France was ranked number one in the study, Canada came 15th, with Chad in last place. Vulnerable women and children in developing countries, those in remote areas, are particularly at risk, in these cases the “health gap” becomes the “killer gap”.

The Index shows a health gap exists in all countries, whether developed or developing. This itself is not surprising, but the size of the gap in some places is unexpected. Unsurprisingly, seven out of the ten countries with the largest gaps are among the poorest in the world.

However, three of the ten countries with the worst gaps are not amongst the poorest, indicating a country’s wealth is not a guarantee of good health care access. The USA – one of the wealthiest nations in the world – comes in at number 46 out of 176, while Cuba, a far less wealthy country, sits at number nine on the Global Health Gap Index.

The charity, World Vision, is urging governments to push towards the 2015 deadline for the Millenium Development Goals (MDGs) set by UN states in 2000. Only eight countries have achieved MDG number four – “reduce child deaths by two-thirds by 2015”. Bangladesh is one of these countries, but still sits at number 128 on the Global Index. This highlights the need to target all parts of society, especially the most marginalised populations, says the report.