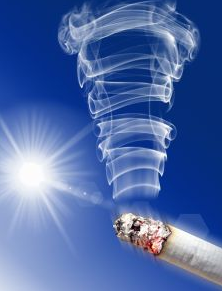 The economic cost of cancer is a huge strain on poor countries.

The number of cancer cases worldwide is predicted to rise by 70 percent over the next 20 years, from 14 million in 2012, to 25 million new cases by 2035. Over the same period the number of cancer deaths are estimated to rise from 8.2 million a year to 13 million annually, according to the World Health Organisation (WHO).

The World Cancer Report 2014, released to coincide with World Cancer Day (4 February 2014), stresses the futility of believing we can treat our way out of cancer, and instead governments need to focus on preventing new cases.

This rise in cancer cases will be brought on by a growing, aging global population and will require implementation of preventative public health policies to combat it. “We cannot treat our way out of the cancer problem,” said Christopher Wild, director of the International Agency for Research on Cancer.

“More commitment to prevention and early detection is desperately needed in order to complement improved treatments and address the alarming rise in cancer burden globally.”

In addition to soaring numbers of cases, the burden of cost is becoming increasingly draining on rich economies and out of reach entirely for under-developed countries. In 2010, the economic cost worldwide of the disease was estimated at $1.16 trillion.

The report says around half of all cancers are preventable, and could be avoided by acting on current medical knowledge. Many ‘lifestyle cancers’ could be prevented by changing habits such as smoking, alcohol consumption, diet and exercise. Screening programmes could also be used more widely, and for infection-triggered cancers, such as cervical and liver, vaccinations should be used as a preventative measure.

Cutting smoking rates would have a significant impact, as lung cancer remains the most common cancer (13 percent of cases worldwide) and the deadliest, accounting for a fifth of all cancer deaths. The report urges governments to extend the restrictions they have placed on tobacco products to sugary drinks and alcohol, in an attempt to lower consumption rates.

The growing cancer burden is expected to hit developing countries the hardest as populations grow and live longer, and are more susceptible to cancers associated with industrialized environments. More than 60 percent of the worlds cancer cases, and 70 percent of the deaths, occur in Africa, Asia, and central and South America.

“The rise of cancer worldwide is a major obstacle to human development and well-being,” said Wild. “These new figures and projections send a strong signal that immediate action is needed to confront this human disaster, which touches every community worldwide.”