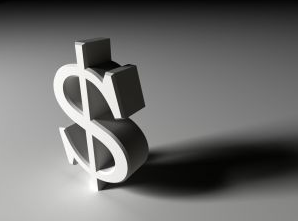 International donors need to increase funding to battle the spread of drug-resistant TB.

Deadly strains of drug-resistant tuberculosis (TB) are spreading around the world, global health officials warn. National authorities desperately need another US$1.6 billion a year to tackle this threat. UN agencies stressed the need for a funding boost if countries are to fight the spread of TB.

World Tuberculosis Day on March 24, helps to raise awareness of this disease which is endemic to poorer nations. It is estimated 4% of all new TB cases are resistant to multiple drugs, an indication this strain is being transmitted from person to person.

“We are treading water at a time when we desperately need to scale up our response to multi drug-resistant TB,” said Margaret Chan, the WHO’s director general to the AFP. In developed countries, TB is often considered a disease of the past, but newly emerging drug-resistant strains are turning it into one of the world’s most pressing health concerns.

Of all infectious diseases, only HIV, the virus which causes AIDS, kills more people. In 2011, about 8.7 million people contracted TB, and 1.4 million died of the disease. The World Health Organisation says as many as 2 million people may be affected by drug-resistant strains by 2015.

On top of the US$1.6 billion funding gap, WHO and its partner agencies say another US$1.3 billion a year is needed to boost research and encourage the development of new drugs and vaccinations.

Mark Dybul, executive director of the Global Fund, said if donors did not act now, costs of dealing with drug-resistant TB could rocket. “It is invest now or pay forever,” he said in a statement.

“This is a global epidemic and one that we need to take seriously globally,” Dybul said.