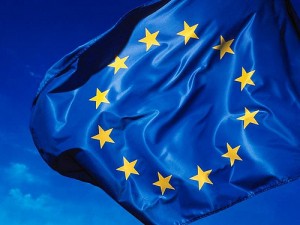 We’ve written before about the EU’s Cross-Border Healthcare Directive. For those of you who may be unfamiliar, it’s an initiative allowing EU citizens to travel across national borders for healthcare, yet still receive reimbursement from their home government.

This is a controversial program. Its supporters insist it will improve health standards and best practices across  the European Union. Detractors argue that medical tourists from poorer EU countries will flock to the wealthier ones, thus driving up wait times already intolerable to many.

In response, the EU Health Commission has created two new informational videos regarding cross-border care. The first, released in mid-September, is about 7 minutes long. It outlines the directive’s broad goals and explores a couple of case studies that support the initiative.

Perhaps the most interesting is a program called the Baltic E-Health Initiative, aimed at integrating information systems of hospitals in Denmark, Norway and Sweden with those in Estonia and Lithuania.

These countries have large elderly populations and an unequal distribution of health infrastructure. Maintaining a high standard of treatment is difficult as serious chronic conditions are fairly common. Using funds from the European Health Commission, they developed a system whereby doctors can quickly refer cases to specialists abroad. The beauty of it is that everyone works in his native language–the inputs are selected from dropdown menus and radio buttons, then automatically translated.

This video also makes some attempt to address criticism of the directive. EU Health Commissioner Androulla Vassiliou insists it is not intended to create a pan-European healthcare system:

Let’s be clear. We are not seeking to replace 27 different healthcare systems with a single one. Member states remain fully responsible for organizing and financing their home systems in accordance with their traditions and needs. What we want is to offer all patients the same transparent set of principles for cross-border healthcare, which will fully respect the wide variety of national systems.

All of this sounds very nice, of course, but it fails to address concerns about longer wait times and a torturous reimbursement process.

This directive was practically dead at the beginning of the year. But we managed to bring everyone together, to discuss it, and through a lot of political will we have come to an agreement very beneficial to Europeans.

Whether that holds true only time will tell. You can view both videos at the EU Commission’s website.