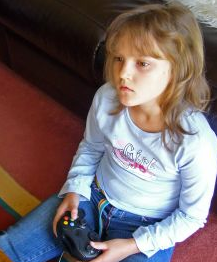 Two studies in the U.S. have shown that children with “neglectful” parents are less active than those with engaged parents. The studies looked at different styles of parenting and whether they were associated with sedentary behaviour.

Researchers found children who had parents who weren’t at home often and reported spending less time with their kids had, on average, 30 minutes of extra screen time per day. Children aged two to four were sitting for more than several hours per day. This was particularly worrying as at this age movement is essential for a child. These sedentary hours did not include naps or feeding times, only waking hours.

Bradley Cardinal, a professor of social psychology at OSU, co-authored both papers with David Schary. Cardinal said sedentary behavior goes against the natural tendencies of most preschool-age children.

“Toddlers and preschool-age children are spontaneous movers, so it is natural for them to have bursts of activity many minutes per hour,” he said. “We find that when kids enter school, their levels of physical activity decrease and overall, it continues to decline throughout their life. Early life movement is imperative for establishing healthy, active lifestyle patterns, self-awareness, social acceptance, and even brain and cognitive development.”

Another study, still looking at the same group of participants, found parents who actively played with their kids had the most impact. Though any level of encouragement, even just watching their child play or driving them to an activity made a difference.

Where do expats spend more time with their kids?

The HSBC Expat Explorer survey asked respondents whether they spend more or less time with their children since moving. Australia and the Netherlands ranked the highest in terms of children spending more time with their parents. United Arab Emirates was third and Mexico fourth.

In terms of spending less time watching TV and playing video games China and Hong Kong ranked first and second place. With the U.S. and the Netherlands in third and fourth places. Overall in the survey for raising children abroad, France, the Netherlands and Australia took the top three places respectively.