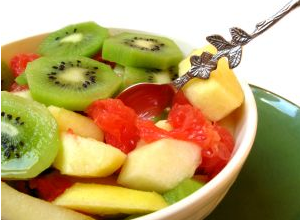 We Love eating is a pilot project in seven European cities to promote healthy eating.

An EU-funded international health project will start next week aiming to promote healthy eating in seven European cities. We Love Eating will target three groups most at risk of obesity – pregnant women, children, and the elderly.

Described as an “upbeat approach to healthy living” the year-long project encourages families to go shopping together, prepare meals, and sit and eat together. It will also educate people on the benefits of drinking water and taking part in regular exercise.

The pilot project will be carried out in Bradford (UK), Banska Bystrica (Slovakia), Cluj Napoca (Romania), Deventer (Netherlands), Granollers (Spain), Poznan (Poland), and Roncq (France). The cities were chosen based on geographical and cultural diversity, organisers note the programme has been adapted to suit each city’s needs.

Local Promoting Groups (LPGs) in each city will organise events and activities to help teach people the benefits of fresh, healthy produce, emphasising quality of quantity of food. Participants can access games, leaflets, and promotional material via the We Love eating website.

The only UK city in the project, Bradford, was chosen due to its high levels of obesity and its ethnic mix, reports the Telegraph and Argus newspaper. Over the 12 months in Bradford there will be inter-generational cooking lessons, and activities to help encourage new mums and pregnant women to eat healthily.

In Granollers, near Barcelona, 10 percent of the population are unemployed and one third of children are classed as overweight or obese. The project will promote healthy foods in supermarkets, and tackle childhood obesity through programmes run in conjunction with the AFIS paediatric project.