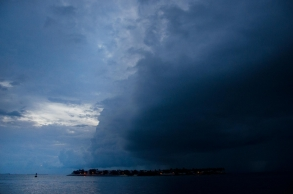 Scientists are using weather patterns to predict disease outbreaks in America and Africa.

More and more experts are using the weather to help predict disease patterns. In a recent study, two scientists claimed they could predict when New York City’s flu season would peak using a computer model of weather data.

With some fine-tuning these types of predictions could be used to maximise vaccination and disease prevention programmes. Experts do acknowledge, however, that human behaviour plays a large part in affecting disease outbreaks.

This concept of using weather data to predict disease occurrences isn’t new. For years scientists have been trying to forecast disease, and weather has been a feature in these models. For example, it is known rainfall and temperature affect the breeding of malaria carrying mosquitoes.

While these forecasting models may have some way to go until they are completely reliable, some methods have already shown results. In the U.S. in the 1990s, scientists have analysed snow and rain data to study the growth of plants that attract rats. The results were used to predict outbreaks of the Hantavirus, a disease caught from the droppings of infected rodents.

“We predicted what would happen later that year,” Gregory Glass, a Johns Hopkins researcher who worked on the project told the AP.

More recently in east Africa, “risk maps” have been created for Rift Valley fever from rain prediction data from satellites. Rift Valley fever is a disease passed from animals to humans and in severe cases can cause blindness or death. Researchers reported the system gave two to six weeks warning of an outbreak in some cases.

In the future weather data will likely be used as part of prediction models to forecast disease outbreaks. Scientists are particularly hopeful for a flu prediction method. In the study of New York City’s flu season, researchers claimed they could forecast the peak of the flu season up to seven weeks in advance.