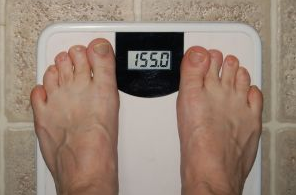 Research has shown rising obesity in developing countries, with no fall in the number of malnourished people.

New research has shown obese and overweight people are gaining weight rapidly in low- to middle-income countries. While people who are undernourished in the same countries aren’t seeing the same weight gain.

This growing divide will likely put pressure on governments in developing countries to provide care for the undernourished as well as managing rising health problems linked to obesity. This will put a strain on developing healthcare systems, forcing them to deal with heart disease and diabetes, while simultaneously caring for the underweight population.

“This growing trend of body weight extremes is going to pose a major challenge for health care and policy leaders,” says Fahad Razak, the study’s lead author. “They will need to balance their priorities between addressing health issues afflicting the underweight who happen to be poor, and health issues afflicting the obese and overweight – the upper middle-class and rich.”

The research, from the University of Toronto and Harvard School of Public Health, uses information collected in Demographic and Health Surveys (DHS), an American-led project that tracks health and population trends in developing countries. The results found, as the average Body Mass Index (BMI) of a population increases, the numbers of overweight and obese women are increasing at a much faster rate than the number of underweight women is falling.

“One might think that as a country grows economically, the majority of the underweight population would move into the average BMI range, but our study shows the opposite: people of average weight are disappearing,” says Razak.

Obesity is defined as having a BMI of over 30. A healthy weight is calculated as a BMI of between 18.5 and 24.9. Overweight people have a BMI of between 25 and 29.9. Overweight and obese people have an increased risk of diabetes, heart disease, stroke, and tend to die younger. On the other hand, people with a BMI of less than 18.5 also have an increased risk of death, perhaps from complications related to being malnourished.

“This divergence in the population with fat getting fatter and lean remaining lean is aligned with general patterns of divergence on other domains such as income, and wealth, which of course, are primary drivers of weight status in these countries,” says S.V. Subramanian, senior author of the study.