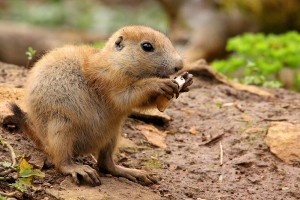 Exposure to infected rodents can result in the plague.

It wiped 30 to 60 per cent of the world’s population in the 14th century, with an estimated 75 to 200 million deaths and obliterated half of Europe in a matter of months and it is still plastered across history books.

Taught to children as the inspiration for the greater evil in many great writers’ novels and poems, this disease seems ancient and almost mythic. However, it is still lurking around and claims the lives of a handful of people every year across different countries. What was commonly referred to as The Black Death is still here.

In 2013, an entire Chinese village with a population of 100,000 was quarantined after a plague outbreak. In Madagascar, the Republic of Congo and Peru, it is still considered endemic. In the USA, there have been 15 reported cases of the plague just in 2015, and 1 in every 7 cases ends in death.

Behind the plague: what’s causing it?

Caused by the bacteria Yersinia pestis, the disease can be transferred in different ways:

It’s important to note that, other than in certain Asian and African countries, the plague has been mostly – but not entirely – eradicated. Besides, with the advancement of medical research and modern technology there is quick treatment available meaning the number of lives it is claiming is so minute. However, you should look out for the symptoms and be ready to be treated if you move to any countries where it is still present.

Unfortunately, many plague cases go unnoticed as the symptoms resemble a common cold. Even if your doctor crosses off your fever as a cold, if you think you’ve been exposed, ask to be checked thoroughly and even request blood tests. It’s always better be safe than sorry!

This is the most common type of plague and is contracted usually by being in contact with an infected insect or animal (prairie dogs, rodent fleas, squirrels, rats). Very rarely it can be passed on from an infected person to another through contact with an open wound.

Bubonic plague affects the lymph nodes, causing flu-like symptoms such as headaches, fever, chills and swollen lymph glands (buboes). Symptoms usually appear within 3 to 7 days of exposure to the bacteria. 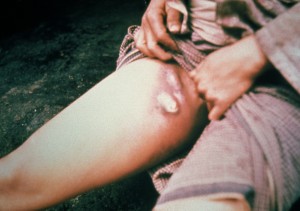 Bubonic plague symptoms include the formation of buboes.

Septicemic plague can be developed the same way as bubonic plague, through contact with or the bite of an infected flea or rodent. It can also happen if your bubonic or pneumonic plague is left untreated. It is rarely passed on from person to person.

The symptoms are similar to those of the bubonic plague with chills, fever and feeling weak; however, there is also shock, abdominal pain and bleeding underneath the skin. Buboes do not develop in septicemic plague.

This type of plague is caused as a result of infection in the lungs. The bacteria infects the lungs and causes pneumonia. Pneumonic plague occurs after inhaling plague bacteria from an infected person or animal through direct or close contact. It can also develop after contracting untreated bubonic or septicemic plague.

Within 1 to 3 days of being exposed to the infected droplets, you will develop shortness of breath, chest pain, cough and bloody or watery sputum. You may also get fever, headaches and feel weak. Pneumonia develops extremely quickly. Although this one is not as common as the bubonic plague, it’s the most deadly, as death can occur as soon as 24 hours after being exposed to the bacteria.

Once the plague has been identified through blood or sputum tests, specific antibiotics should be provided and take care of the problem. If you have been exposed to wild rodents or fleas, ask for antibiotics even if you have no symptoms. This is a life-threatening disease, after all. There is currently no available vaccination against the plague.

The plague has been around for centuries, and it keeps coming back to haunt us, constantly wiping away large chunks of the population. From the 14th century pandemic, to the 19th century 12 million deaths, and again in the early 1900s, it has taken countless lives.

It may never go away, and given the exact right circumstances, it could spread across the globe once more. It is unlikely, however, as with today’s health regulations and advanced medical research, it is kept somewhat under control. You should always be extra cautious when moving to a new country and consult a doctor if you are ever concerned about your symptoms.