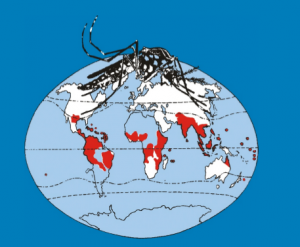 The World Health Organization (WHO) released its latest Dengue Bulletin, a special issue devoted to 10 studies on the cost of dengue fever and various prevention strategies. In an age where many diseases are on the decline dengue continues to pose a serious health threat all over the world. In Brazil, for example, the number of cases increased 6.2% and deaths 12% between 1999-2009.

Dengue fever is a mosquito-borne virus common in tropical climates. Early symptoms of the disease include fever, headaches and muscle pain. Left untreated it can develop into dengue hemorrhagic fever (essentially death by bleeding) or dengue shock syndrome (which triggers a failure of the circulatory system). Dengue is common in popular expat destinations such as India, Thailand and Malaysia. Studies estimate the annual cost of treating it to be in the hundreds of millions of dollars in the latter two countries. For India the figure is in the billions.

While expats in the developing world often rest easy knowing deadly infectious diseases are confined to slum neighbourhoods, dengue fever proves an exception. A study of a hospital in Surat, India by Ami T. Bhavsar and his team of researchers found the disease threatened the wealthy as well: 90% of patients surveyed came from upper income groups. Even then only 25% of them knew clean, stagnant water (where mosquitoes typically breed) is often the source of the disease.

According to the press materials accompanying the release

While the combined efforts of international and national public health systems have been successful in controlling many infectious diseases, a few, unfortunately, remain stubbornly present. Dengue is among them. Important factors behind the increase in dengue incidence are increasing urbanization, crowding, and spiraling international travel.

Each of these control measures, however, requires resources to develop and implement. Quantification of the disease burden in both monetary and human terms is a key tool for health policy-makers.

Expats living or travelling in countries where dengue is common can reduce the risk of infection by taking a few simple steps: