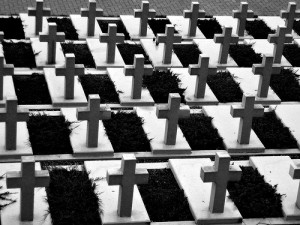 In Europe there were 15% more workplace deaths in 2011 than the year before.

Possibly the last place anyone would want to die is at work. Unfortunately, the number of workplace deaths in Europe rose 15% in 2011, increasing for the second straight year.

Across Europe, 55 people died on the job, compared to 48 in 2010. 22 of those deaths occurred in agriculture. 8 transport and storage workers died, as well as 6 construction workers.

The statistics are a grave concern to Europe’s Health & Safety Authority, which is responsible for promoting workplace safety. Martin O’Halloran, CEO of the Authority, said:

This is the second year in a row that the total number of workplace fatalities has increased. The fact is that behind these statistics there are human tragedies, lives lost and families ruined. Everyone has the right to go to work without danger to their safety or health.

We tend to agree.

Historically farmers have been far more likely than other workers to suffer workplace accidents (no surprise considering all the heavy equipment they use). Hence the Health & Safety Authority has launched a campaign to increase safety awareness across the sector. One spot features a farmer who lost his arm in an accident.

But there is also an ongoing campaign to increase safety awareness in business, called Taking Care of Business, which was launched last year. It’s aimed at promoting cost-effective safety practices to the 655,000 Europeans working in small businesses.