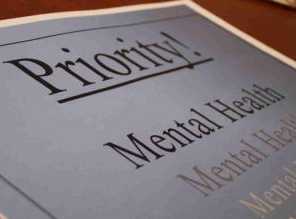 The World Health Organisation is calling for an end to the stigmatization of depression and other mental illnesses on World Mental Health Day (10 October). It is estimated that 350 million people suffer from depression around the world. It is an illness that can prevent people from functioning and interacting normally, whether at work, home or school.

Due to the stigma surrounding depression and other mental illnesses many people fail to recognize the symptoms or to seek help. Cultural attitudes and a lack of understanding of the condition contribute to a reluctance to ask for help.

“We have some highly effective treatments for depression. Unfortunately, fewer than half of the people who have depression receive the care they need. In fact in many countries this is less than 10%,” says Dr Shekhar Saxena, director of the Department for Mental Health and Substance Abuse.

Grand Challenges Canada, funded by the Canadian government, has announced $19.4 million to support mental health programmes in the developing world. Around the world more than 450 million people suffer with a mental health disorder, and more than 75 percent of these people live in developing countries.

With the Grand Challenges Canada money 15 projects in 14 low and middle income countries will test bold new ideas for addressing mental health issues. Countries where patients are often severely stigmatized – even chained or locked up in the absence of understanding or care.

The projects will be run in the following countries:

WHO estimates depression is common in all regions of the world. Circumstances such as economic pressures, unemployment, disasters and conflict can increase the risk of the disorder. World Mental Health Day is used by many countries to raise awareness of mental health, promote discussion and help fund prevention and treatment services.