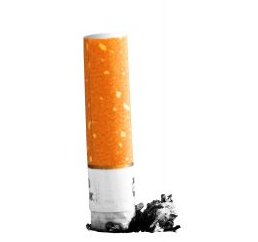 Today is World No Tobacco Day, promoted in countries around the world. The World Health Organisation (WHO) and partners use this international event to draw attention to the health risks associated with tobacco.

Described as one of the “biggest public health threats the world has ever faced”, tobacco use is a leading cause of death annually.

WHO facts on the use of tobacco paint a bleak picture:

This data highlights the continued need for education and effective policies for reducing consumption through such awareness campaigns as World No Tobacco Day.

WHO goes on to warn that due to the lag between people starting to use tobacco and the start of negative health effects, the epidemic of disease has not even begun. In the 20th century 100 million deaths were caused by tobacco, if the trend continues there could be as many as a billion fatalities in the 21st century.

It is predicted that, unchecked, tobacco related deaths will increase to eight million a year by 2030, and 80% of those deaths will be in developing countries.

The theme of this years World No Tobacco Day is to ban tobacco promotion, advertising and sponsorship. Evidence shows banning tobacco advertising a cost-effective way of reducing the number of people starting and continuing to smoke.

WHO hopes through World No Tobacco Day more countries will be spurred on to implement tobacco sponsorship, promotion and advertising bans.