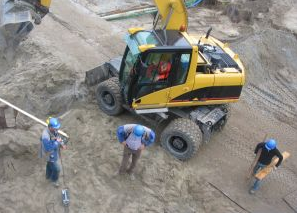 Health cards in the UAE entitle expats to a 50% discount on medical care.

Expatriate workers in the United Arab Emirates (UAE) will be charged an annual fee of Dhs500 (€102, US$136) from the renewal and issue of health cards. An additional fee of Dhs300 (€61, US$82) will be changed for replacement cards, according to a new decree from the Emirati vice-president.

“According to Article (2) of the decision, which was published in the recent issue of the federal official gazette, the fees of issuing and renewing a health card for non-nationals will be Dhs500 per year for all age categories. A fee of Dhs300 will be levied for the issuance of a health card in lieu of a lost one,” the WAM news agency said.

Health cards allow expats a 50 percent discount on medical care in government hospitals. Those who don’t have a health card will be required to pay 100 percent of fees they incur.

Currently in Abu Dhabi it is mandatory for all employers to provide health insurance for employees, while Dubai has no similar rule. Dubai even stipulates workers must pay Dhs60 for a note from the Dubai Health Authority to validate any sick leave they take.

According to the Dubai Chamber of Commerce and Industry, the UAE has the highest health expenditure per capita of any country in the Middle East. A recent study revealed drug prices in the country are 23 times higher than the recommended WHO level.

The new decree has already caused controversy, with opponents saying the cost is prohibitive for thousands of expat workers in the country, violating their right to health care.

The rise in fees will come into force in October, 60 days from their publication in the official gazette.