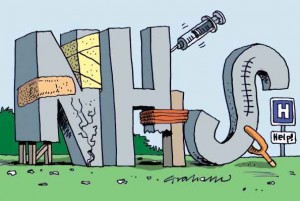 Pressure pushing down on NHS

Oh, the dear old NHS. Split down the middle between love and hate. An expat or not, if you have ever lived in the UK, you will no doubt have paid a visit to the blue logo building before. I know I have, several times actually. The NHS is under immense pressure, according to the internet they are actually begging the Australian expat doctors to come home and fill the needed low employee gap, however as ever it is difficult to know to what extent this information is exaggerated. Supposedly, the NHS is facing an impending economic disaster if the UK government doesn’t step in to save it soon.

UKIP’s (the UK Independence Party) plan on saving the UK healthcare system is to ban foreign workers, tourists, students and other visitors from overseas who are not covered by valid health insurance. This kind of reaction forces moral dilemma style line of questioning: would they refuse treatment of a foreign baby who might be dying? Maybe they should calm down and introduce a paying plan option for those unfortunate souls instead. 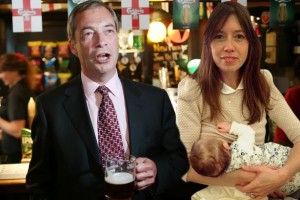 Furthermore, if UKIP’s plan were accepted, migrants would have to wait for at least five years before being entitled to an NHS number (during which time you would be entitled to UK citizenship anyway). Good thinking batman.

UKIP, whose favourite word is “ban”, also wants to UK doctors and nurses who cannot speak English to a certain standard to be forbidden to work. The political party leader Nigel Farage says that breastfeeding women “should perhaps sit in the corner” due to the apparent embarrassment it causes to the older generation – Such an open-minded political party!

So let me get this straight. I’m an EU citizen. I had a decent, well paid job when I was living in the UK, albeit temporarily. If, touch wood, something happened during that time, according to this statement, as a foreign worker and a student at the time without health insurance, I would have been refused treatment by the NHS? Would I even have had the option to pay for the service or would I just have been banned immediately? I must say, having “cannot enter the UK” on my passport does sounds kind of adventurous…

Keep Calm…you don’t have to sit in the corner

But worry not, not everything is as dramatic as it seems! The Department of Health has announced that all new patients registering at a GP simply need to prove their citizenship or show their free European Health Insurance Card to receive treatment. Registering for your EHIC card couldn’t be easier, you can register for free online here.

Interestingly, former UK Prime Minister, John Major disagreed with UKIP before their policy even took place. In 2014, he stated that “we would not have an NHS without migrants.”

Fun fact: According to Open Europe, Switzerland and Norway both accept more EU migrants per capita than the UK.

Maybe immigration isn’t the UK’s biggest problem after all.