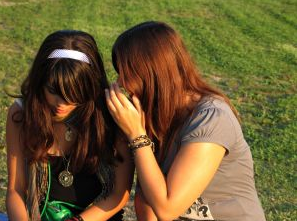 The first biological study of its kind has revealed a link between being bilingual and having an improved memory. Bilinguals’ language enriched brains “fine-tune” their hearing and helps them analyse linguistic sounds. It’s this ability to unscramble sounds that leads to a better memory and increased attention span.

The study, published in the Proceedings of the National Academy of Sciences (PNAS), found the experience of bilingualism changes how the nervous system responds to sound. “People do crosswords to keep their minds sharp, Marian said.

“But the advantages we’ve discovered in dual language speakers come automatically from knowing and using two languages. It seems the benefits of bilingualism are particularly powerful and broad, and include attention, inhibition and encoding of sound.”

Researchers recorded the responses of 23 bilingual Spanish-English teenagers and 25 English only speaking teenagers, to complex sounds. In quiet conditions, the groups responded similarly. In situations with background noise, bilingual brains were much better at decoding sounds. This enhancement was linked with better listening attention spans and the fact bilingual people can pick out what speech is relevant.

“Bilinguals are natural jugglers,” said Marian. “The bilingual juggles linguistic input and, it appears, automatically pays greater attention to relevant versus irrelevant sounds. Rather than promoting linguistic confusion, bilingualism promotes improved ‘inhibitory control,’ or the ability to pick out relevant speech sounds and ignore others.”

Bilingual people have greater experience with sounds than monolinguals, this means their hearing is more efficient, flexible and focussed, especially in challenging listening conditions.