Dubai Islamic Insurance & Reinsurance has launched two new Islamic health insurance plans in the UAE: Rishtey and Health on Return. The two are aimed at the large population of Indian workers living in Dubai, and also provide some benefits for workers’ families back in India. Both are takaful plans – a type of insurance compliant with Islamic law. The new products were created in cooperation with India’s ICICI Lombard General Insurance and reinsurance broker J.B.Boda & Co.

An April Ernst & Young’s World Takaful Report estimated the takaful market would be worth USD 12 billion in 2011, growing 31% from USD 9.15 billion in 2010. The largest markets for takaful insurance are currently Saudi Arabia, Malaysia and the UAE.

Dubai’s latest additions to the takaful market bring together two otherwise country-specific themes: the liberalization of India’s health insurance industry and the pressure foreign workers place on the UAE’s health system. The Emirate has long been a key destination for foreign workers from South Asia. 96% of the UAE’s working population is foreign, and nearly half of this consists of Indians. These workers both weigh on the local healthcare system and represent an untapped market for Indian health insurance firms facing stiff competition in their domestic market.

With large populations of foreign workers also concentrated in Saudi Arabia and Bahrain, it remains to be seen whether other Asian insurers will follow Lombard’s lead. 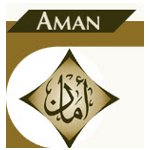 Dubai Islamic Insurance & Reinsurance Company (also known as Aman) is a UAE-based firm specializing in products meeting the standards of Isalmic Shariah law. Aman is a leading player in the Middle East’s takaful market, which is forecasted to grow significantly in the coming years. The company’s profits were up 3% in 2010 despite a decline in overall revenue, as it made noticeable improvements to its cost structure. http://www.aman-diir.ae 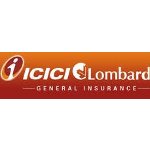 ICICI Lombard General Insurance Company is a subsidiary of India’s ICICI Bank Limited. A leading player in the Indian insurance market, it offers both general and health insurance products. Lombard is well-regarded in the industry, but its profitability has come under intense pressure as it negotiates deregulation. The company posted a net loss equivalent to USD 18 million for its 2011 fiscal year despite a 28% increase in gross premium income. http://www.icicilombard.com