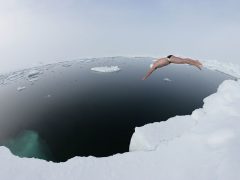 Advocates of cold-water swimming have long been singing its praises. From making participants feel fully invigorated to helping prevent the common cold, the ‘extreme’ sport is believed to have very… Read more »

International Health News New research now shows that the Zika virus could be more harmful to adults than first thought. Although the effects on infants have been widely studied, more… Read more »

The policy of sending mentally ill patients abroad for treatment is to be reviewed, reports the Irish Independent. This comes after controversy surrounding the decision to cut care for mental… Read more »

People who move to greener areas show improved mental health, a benefit which can last up to three years, say UK researchers. After analysing data which tracked people’s health for… Read more »

Mental ill health constitutes 14% of all global health conditions but receives less than 1% of most countries’ health budget. A third of countries worldwide have no mental health program… Read more »

According to statistics from the World Health Organisation, depression rates are increasing around the world. Mental health is often stigmatised and in some cultures there is little support or help… Read more »

The World Health Organisation is calling for an end to the stigmatization of depression and other mental illnesses on World Mental Health Day (10 October). It is estimated that 350 million… Read more »

New research shows being bilingual may lead to better mental health. The report, published in the March issue of the journal, Trends in Cognitive Sciences, examines how speaking two languages… Read more »

In a recent Expat Health post we reported that expatriates have higher levels of anxiety, depression and substance abuse than non-expats. Many reported family concerns as the main reason behind… Read more »