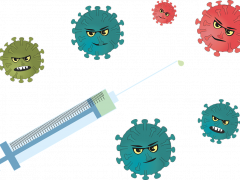 Taking a long haul flight often involves treading a fine line between travel stress and holiday happiness, which getting ill can easily tip you the wrong side of. There are… Read more »

The activity of seasonal influenza continues to rise in some countries of Europe, especially western Europe. Experts advise there is still time to protect yourself and those around you by… Read more »

Move over, government health agencies. It turns out Google does a pretty good job tracking the flu. So good, in fact, that researchers at Johns Hopkins University say hospitals may… Read more »

‘Tis the season not only to be jolly, but also catch the flu. And rest assured, nothing replaces Christmas cheer (or travel plans) with utter misery faster than high fever,… Read more »

For years people have been writing about the potential for an apocalyptic flu outbreak. In fact, just this year we got a new apocalyptic flu movie: Contagion. One of the reasons… Read more »

While expats have known for a long time that obesity increases their chances of developing conditions such as diabetes and heart disease, it may also limit the effectiveness of flu… Read more »

New research has shown that “priming” a person with flu DNA improves his response to a flu vaccine. Scientists from the US National Institute of Allergy and Infectious Diseases (NIAID)… Read more »

With the release of Contagion (the apocalyptic bird flu movie), attention is back on the flu’s ability to end life as we know it. In the movie, a strain of drug-resistant influenza… Read more »