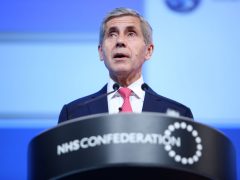 The result of the Brexit referendum has had great effects on both the UK and the EU, with one of the most affected areas being the NHS. Despite often being… Read more »

Countries have until 25 October 2013 to implement the European Union Health Directive, which officially comes into force on 1 October. The Directive aims to clarify citizens’ rights to seek… Read more »

New studies reveal for the first time the true economic and human costs of caring for cancer patients in Europe. Cancers cost the EU €124 billion each year with lung cancer… Read more »

The European Court of Justice (ECJ) has ruled the description “easily digestible” printed on certain wines from Germany is illegal. Deutsches Weintor, a wine-growers’ cooperative based in Germany has been… Read more »

Air pollution from traffic, industry and households is still above internationally agreed limits in many European countries. According to recently released data, 12 EU states had pollution levels above the… Read more »

Every year 695,000 Europeans die prematurely of tobacco related causes. It is estimated, in terms of economic impact, smoking costs EU countries  at least €100 billion. According to a recent… Read more »

We usually read about videogames being bad for our health: encouraging laziness, lack of sleep and less physical activity. But the EU’s Playmancer project aims to change all that. It’s… Read more »

Are you doing anything special for European Antibiotic Awareness Day? No? Fortunately the European Center for Disease Prevention and Control (ECDC) has put out enough party favors for everyone: a… Read more »

You don’t have to smoke a cigarette for it to kill you. Unattended cigarettes started 30,000 fires between 2003 and 2008, according to EU data, killing 1,000 people and injuring… Read more »