An online survey, conducted by market research agency Atomik in December 2015, found that 19% of British expats-to-be believed their travel insurance would cover all healthcare costs when abroad. What’s… Read more » 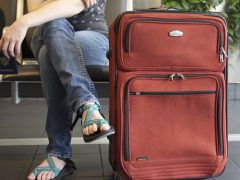 International Health News With heightened reports of tropical diseases and other travel related illnesses, people are being urged more than ever to get all necessary vaccinations before travel. Citizens are… Read more »

The British Foreign and Commonwealth Office (FCO) is warning young Britons to make sure they have sufficient insurance to cover dangerous activities abroad. The warning comes after a survey revealed… Read more »

The European Commission is launching legal action against Spain over some hospitals refusal to accept the European Health Insurance Card (EHIC) it was reported last week. The commission is investigating… Read more »

More than half of residents living in the United Arab Emirates admit they never buy travel insurance when they go abroad. According to research from Zurich, Arab expats (67%) are… Read more »

While the British love to get away from the customary grey weather, many are unprepared for holiday emergencies by travelling without insurance. Recent figures show over half (53%) of the… Read more »

People who travel regularly will know the essential questions to ask yourself when choosing an insurance policy. Will I need extreme sports cover? Should I have emergency evacuation coverage? Is… Read more »

Whether you are travelling or moving abroad, you are probably aware that you need some form of health insurance. So can you get away with travel insurance for a brief… Read more »

The 2012 Summer Olympics has caused a 30% increase in the number of travellers going to London compared with the same period in 2011. Travel insurers are benefiting from this… Read more »