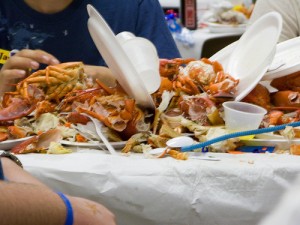 Research shows starving yourself now may cause overeating later

With obesity on the rise worldwide, weight issues are fast becoming a key concern for expats. Now, researchers at the University of Calgary’s Hotchkiss Brain Institute (HBI) claim to have uncovered a link between stress and appetite, a discovery that may provide insight into the relationship between stress and obesity.

Normally, the brain produces neurotransmitters (chemicals responsible for how cells communicate in the brain) called endocannabinoids that send signals to control appetite. In this study, the researchers found that when food is not present, a stress response occurs that temporarily causes a functional re-wiring in the brain. That re-wiring may impair the endocannabinoids’ ability to regulate food intake and could contribute to enhanced food drive.

Doctors Jaideep Bains and Quentin Pittman looked specifically at nerve cells (neurons) in the region of the brain called the hypothalamus. This structure is known to have an important role in the control of appetite and metabolism and has been identified as the primary region responsible for the brain’s response to stress.

Bains explained: “These findings could help explain how the cellular communication in our brains may be overridden in the absence of food. Interestingly, these changes are driven not necessarily by the lack of nutrients, but rather by the stress induced by the lack of food.”

If similar changes occur in the human brain, these findings might have several implications for human health.

“For example, if we elect to pass over a meal, the brain appears to simply increase the drive in pathways leading to increased appetite,” said Pittman. “Furthermore, the fact that the lack of food causes activation of the stress response might help explain the relationship between stress and obesity.”

These results lay the foundation for future studies to investigate the use of therapies that affect these systems in order to manipulate food intake. They also open the door to studies looking at whether or not the stress brought about by lack of food affects other systems where endocannabinoids are known to play a role. For now there is a more obvious health lesson, however: eating healthy portions regularly is far better for expats than starving themselves.