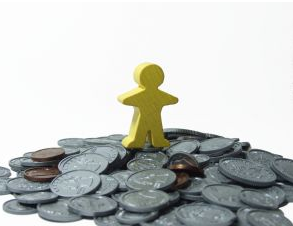 With the global economic crisis still ongoing in many regions, staffing budgets are under close scrutiny everywhere. Both employers and expatriates will want to ensure they are not overpaying for their international health insurance.

Medibroker believes fraud is having a significant influence on the growth of insurance premiums. International insurance fraud can occur in any country, and policyholders can be, and are, part of the problem.

Medical expenses and treatment cost inflation tend to be higher abroad than in the UK. Insurance experts Medibroker, warn clients not to focus on today’s premium levels, but pay attention to long term premium inflation data.

As many expats move around from country to country. some may choose to “hide” their medical history. This allows them to conceal any pre-existing conditions from their insurer, thus keeping their premiums low. Medibroker argues that this kind of fraud impacts on premium levels.

Fraud by hospitals and doctors

Another area of fraud which has been seen, particularly since the financial crisis in 2008, is the over-treatment of patients. The incidence of the use of MRI scans in Greece for example, is considerably higher than the average.

It isn’t unknown for treatment costs to almost reach the insurance plan limits rather than perhaps treating the patient, this can be especially the case with maternity issues. In these cases it is the hospital or doctor seeking to defraud the insurance company, rather than the individual policyholder.

There has been a lot of focus on Greece at the moment, but around the world there are always concerns about treatment, places such as Nigeria and China require a high level of vigilance.

Steve Nelson, international sales manager at Medibroker comments, “Larger economy countries in Europe: UK, Germany, France etc. do not, in our experience, seem to see fraud in the same way (as other countries).

“In certain cultures it is expected to get ‘value for money’ from a policy, i.e. if a plan costs $3,000 then the policyholder will perhaps look to claim back more than $3,000 during the year.”

Nelson believes insurers who take a robust approach to fighting fraud will see lower premium increases than other providers. One of InterGlobal’s fraud investigation team was named Fraud Investigator of the Year in 2012. Subsequently InterGlobal announced modest premium increases of 5%.

Ultimately a broker wants to advise on and sell a policy that is sustainable in the long-term. An insurer that can demonstrate a robust approach to fighting fraud will, as InterGlobal has shown, go some way to controlling costs and premium increases.