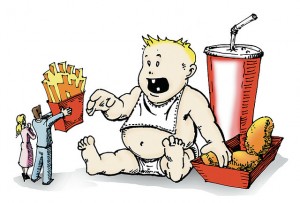 Dubai has come up with a new scheme to encourage its residents to adopt a healthy lifestyle in order to battle obesity.

Obesity has become a worldwide problem; the growing number of people with obesity-related chronic diseases such as diabetes is putting a huge strain on healthcare systems, economies due to the high costs of treatment and not to mention on people’s lives.

Many countries have realised that prevention is key; as a result a growing number of countries have adopted policies to control obesity rates by encouraging people to change their lifestyle and food habits.

Waistlines expanding in the UAE

A recent study showed that more than 60% of the adult population in the UAE is overweight. Obesity rates in The United Arab Emirates are comparable to or even exceed those of the U.S. Dubai has come up with a new scheme to encourage its residents to adopt a healthy lifestyle in order to battle obesity.

The Dubai Health Authority have announced that as of March 2016, people leading a healthy lifestyle will be rewarded with points which can be converted into a variety of rewards such as free gym membership or cinema tickets. Everyone will have an online account where they can collect their reward points. Their results and progress will be measured by fitness apps and other technology.

Since this plan is linked to the health insurance scheme in Dubai which will be mandatory in January 2016, it will be open to everyone; thus expats can participate and benefit as well.

Your weight loss in gold 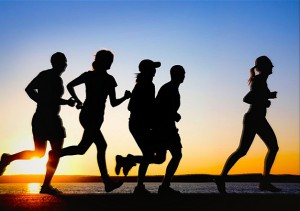 This is not the first time Dubai has tried to change its residents’ lifestyle choices.

In 2013 and 2014, Dubai rewarded people with gold when they had lost weight. Participants had to lose a minimum of 2 kilograms in three months in order to claim the gold. They received a gram of gold for every kilogram that they lost. For those who participated as a family received double rewards.

The participants also had to take part in nutrition and sports programmes and medical tests as part of the contest. In 2014, almost 40kg of gold worth Dh6 million was gifted to the 7,000 participants. Interestingly, the highest earning winner in the 2013 contest was a Syrian resident.

Dictating the “acceptable” weight, a step too far?

Japan, not a country renowned for overweight people, passed the Metabo law back in 2008. This law requires men and women between the ages of 45 and 74 have their waistline measured once a year and seek medical treatment when their measurements fall outside the established ranges. If they fail, the companies that employ them and/or the local governments of the areas in which they live are fined by the federal government. Talk about extreme measures of prevention.

Whether the new scheme in Dubai is as successful as the “your-weight-loss-in-gold” contest is yet to be seen but it will be interesting to see how well this initiative succeeds in reducing obesity in the UAE. The plan is in its final stages – so watch this space.