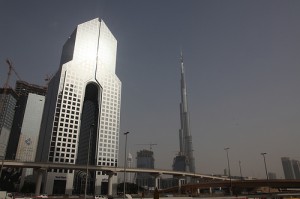 Expats from two countries will be subject to new medical test requirements starting in October.

The UAE announced a new program of medical tests for expats from Sri Lanka and Indonesia, effective October 1st. The move is part of the first phase of the GCC countries’ “Expatriate Workforce Check-up Programme,” announced in May. It will eventually grow to include expats from 10 countries, including India, Pakistan, Bangladesh, the Philippines, Nepal, Egypt Sudan and Ethiopia.

The new system consists of two rounds of tests for diseases such as tuberculosis, hepatitis B, leprosy, HIV/AIDS, syphilis and malaria. One round of tests is to be done in the expats’ home country, at a Gulf Approved Medical Centers Association (GAMCA) location. The second round of testing will be done upon their arrival in the UAE.

In an effort to prevent fraud the centers have been linked through a secure data system. There is also a USD 6,000 penalty in place for anyone found faking medical certificates.

The decision was taken after a noticeable increase in the number of infectious diseases among certain categories of workers from endemic countries […] It is important to test expats in their countries and re-do the test in the UAE so as to minimize expenses incurred on a worker who arrives here with a disease.

The UAE and other GCC countries continue to struggle with rising medical costs associated with their large expatriate workforces. They are tightening their health requirements in response to increasing numbers of chronic health conditions (such as the diseases mentioned above). Fraud, too, has been a significant issue, with many sick expats bribing doctors in their home countries or the UAE to obtain clean bills of health.