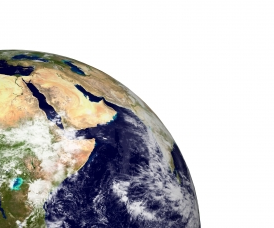 In an attempt to lower the risk from communicable diseases, Gulf Cooperation Council (GCC) nations are implementing stricter health checks on incoming expats. The six GCC countries are also keeping a close watch on accredited health centres in countries which many expats workers come from to ensure the correct health checks are carried out before expats arrive.

Arab News reported many Asian nationals have been deported after arriving in Saudi Arabia, because, despite being declared medically unfit in their home country, they were allowed to fly out. These expats would also be denied entry into other GCC nations.

Figures released earlier this year show hundreds of expats were sent home after failing the mandatory visa health checks in Ajman, the smallest of the United Arab Emirates. Health checks for expat workers test for communicable disease such as HIV, tuberculosis, and hepatitis B. The penalties for testing positive depend on the country and the illness but range from a temporary visa refusal to deportation and blacklisting.

Basheer Al-Sufyani, head of the health checkup mission, told Arab News that preliminary screening has reduced the number of infected persons entering into GCC countries to nearly five percent of all new arrivals.

“Most of those found to be infected came from countries where the UAE’s programmes of pre-testing have not yet (been) introduced,” Dr Hassan Abdul Munim, director of Ajman Preventive Medicine, told The National.

Nationalities which must undergo health screening before travelling to GCC countries include Indians, Sri Lankans, Indonesians, and Ethiopians. There is a total of 298 accredited health centres in 11 manpower exporting countries. Centres in Bangladesh and the Philippines are among those which have sent workers to the region despite failing the screenings.

The results of health screenings for expats will be shared electronically between GCC countries to help stop the results being altered, and to prevent workers from entering any country in the Council. Around 2.2 million expatriates are looking for employment in GCC countries, according to Al-Sufyani.

Al-Sufyani explained, “Medical report results will be linked electronically among GCC countries. Results will be uploaded onto consulate or embassy websites in host countries, which will be shared through a unified GCC electronic gateway. This will eradicate the possibility of test results being manipulated.”