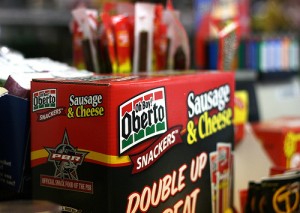 Canadians eat too much junk food, found a recent study. Healthy food subsidies may be an answer.

A quarter of Canadians between ages 31-50 eat too much fattening food, according to a recent study from Concordia University.

Unusually, this study wasn’t put out by doctors. No, this one came from economists. They looked at data from the Canadian National Population Health Survey to examine how eating habits impact obesity rates.

The researchers found people who ate “well” (balanced meals, less fast food, etc) were a full 20% less likely to be overweight or obese. In the words of lead author Sunday Azagba:

The risk of being obese or overweight is directly related to bad eating habits such as skipping meals, eating away from home, high consumption of fast and processed foods, as well as low consumption of fruit and vegetables […] In Canada, food purchased from restaurants accounts for more than 30 per cent of the average weekly food expenditure per household.

One nice thing about research from economists is it almost always comes with policy recommendations. The Concordia study was no exception. Among its suggestions:

Another nice thing about research from economists is it’s quick to emphasize costs. According to Azagba, healthcare costs for obese people are some 42% higher than those of a healthy weight. Obesity costs the EU the equivalent of USD 33 billion a year. In the US, that figure is USD 139 billion.

In case some of you readers don’t put much stock in dollars and cents, consider the World Health Organization’s (WHO) statistics. WHO estimates a billion adults are overweight worldwide, and that obesity kills more than 2.6 million people each year.

Nothing to sneer at–as far as we can tell those figures make a “healthy food” subsidy well worth considering.