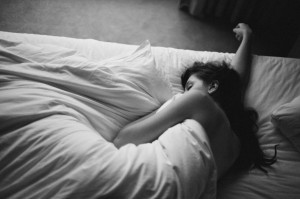 Everyone knows that lack of sleep is not healthy, but unfortunately in turns out oversleeping may be even more harmful.

Not only does oversleeping actually make you more tired, but there are some significant risks to your health that you should be aware of.

Oversleeping has been linked to several physical effects and medical problems such as headaches, diabetes, depression and even an increase in mortality.

Research conducted by Warwick University found that people who sleep more than eight hours a day are 30% more likely to die earlier in life than those who sleep seven or eight hours.

According to recent research conducted by the University of Cambridge, people who tend to oversleep also have an increased risk of having a stroke. Over a period of almost ten years of study, 346 out of an approximate 10,000 people suffered a stroke. Taking into account factors such as age and sex, the results showed that people who slept for more than 8 hours a day were at a 46% higher risk of having a stroke later in life.

Interestingly, those who slept less than six hours a day had an 18% increased risk of having a stroke, significantly less than those who overslept.

The study also found that older women who overslept were in the highest risk category.

So, if you are staring into your tiny sleepy eyes in the mirror again tomorrow morning, just think that lying in bed all day wouldn’t have done you much good either!

If you’re a sleep lover, try not to be too disappointed as you can always treat yourself to a power-nap from time to time. Research also shows that if you do this well and become a “power-nap pro” (a 26 minutes snooze turns out to be the “perfect” nap time), it does in fact counter lost sleep.