Luxury travellers and wealthy expats often purchase less health insurance cover than they should, according to Dr. Tom Brett, Lead General Practitioner for online chemist Lloyd’spharmacy. Brett said that while 60% of people moving or travelling abroad have concerns about getting ill, many of them do nothing about it. Wealth travellers in particular often skimp on health insurance cover.

Travellers from all income groups should purchase some form of international health insurance before going abroad. Domestic plans rarely extend to foreign countries, and an increasing number of countries have closed their borders to expats and travellers without substantial health insurance cover. 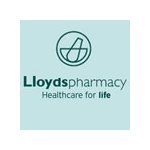 Lloydspharmacy is a community pharmacy chain in the UK, owned by Stuttgart-based Celesio AG. Lloyds’ stated mission is “providing exceptional customer service and healthcare.” The company operates over 1,600 pharmacies across the UK, and is notable in offering private health consultations at some 96% of its locations. It dispensed 151.7 million prescription items in 2009. (Website)