Yesterday insurer Clements International officially became Clements Worldwide. Founded in 1947, the company specializes in providing insurance for both expatriates and organizations working abroad. It currently has offices in both Washington D.C. and London.

The rebranding will unify both offices, and Clements Worldwide’s management sees it as a critical step toward becoming a “truly global player” in the expatriate health insurance industry.

“This is a critical time in our company’s history and we recognized the need for a more unified identity that reflects who Clements is today and will be in the future: an organization with a worldwide presence, serving the needs of our customers across continents and time zones,” said Director of Marketing Sergio Sanchez.

The rebranded Clements Worldwide features a new logo and cross-industry advertising plan featuring the slogan: ““Never Leave Anything to Chance – Take Clements With You.” 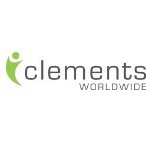 Clements Worldwide specializes in providing international insurance plans for both expatriates and international organizations. The company was founded in 1947, and has since served expats in more than 170 countries. Its main offices are located in Washington D.C. and London. Clements’ recent rebranding (the company was originally named Clements International) was partly intended to position it for expansion. (Website)