AXA Affin General Insurance Berhad (a partial subsidiary of AXA operating in Malaysia) recently launched its InternationalExclusive plan. InternationalExclusive targets executives and their families worldwide, providing health protection cover of up to RM 9 million annually. Members may receive treatment at hospitals of their choice in any country within the area of cover, and are also eligible for cashless settlement at AXA network hospitals.

Jahanath Muthusamy, CEO of AXA Affin General Insurance, said, “another great feature of InternationalExclusive is the world class service delivery which allows the customer to contact AXA on a 24/7 basis for 365 days a year. This all year round facility is available for notifying claims and also for accessing confidential medical information through AXA’s new ‘Health at Hand’ Call Centre – a distinctive service staffed by registered nurses, midwives, pharmacists and counselors.”

AXA Affin decided to launch the  new plan after researching demand for executive policies. “We have identified that more and more executives and their families need higher levels of health insurance cover,” said Stephen Ryan, AXA Affin’s Strategy and Marketing Director. “And they want this cover on an international basis.”

Malaysia itself has well-regarded healthcare facilities, and is a popular health tourism destination. Expats are not covered by the state healthcare system, however, and must have private health insurance to obtain visas. The same goes for their families. That means they must either rely on their employers for health cover, or purchase international policies themselves.

As medical costs rise around the globe, health insurers have reacted with two broad strategies. One is to offer stripped-out plans with reduced premiums in order to retain customers. The other is to increase cover and benefits while raising premiums accordingly. 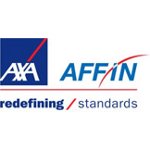 AXA Affin General Insurance Berhad is a joint venture between Malaysian financial services firm Affin Holdings Berhad and France’s AXA, a global insurance group. Envisioned from the very beginning as an international firm, AXA’s name was selected because it is easily recognized and pronounced in most languages. In 2010, AXA was ranked 9th on Fortune’s Global 500 list. Bloomberg consensus estimates forecast a significant improvement in AXA’s 2011 and 2012 revenues compared to 2010. http://www.axa.com.my/en