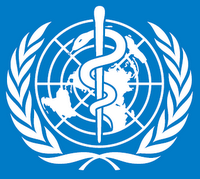 The World Health Organization (WHO)  has published updated statistics for the E. coli outbreak in Central amd Northern Europe. As of June 5th, about 1540 cases of Enterohemorrhagic E. Coli (EHEC) and 630 of Haemolytic Uraemic Syndrome (HUS) – a deadly kidney illness linked to EHEC – had been reported. Though spread across 11 countries, nearly all were linked to Germany in some way.

every year there are EHEC outbreaks in different parts of the world including Europe, sometimes involving HUS and even deaths, but the number of affected people is very much lower than what Germany is now experiencing. In 1996, the world’s biggest recorded outbreak was registered in Japan and included over 10,000 infected cases.

The outbreak’s strong link to Germany means people living or travelling in other countries face relatively little risk of infection. German health officials have yet to identify the exact cause of the E. coli outbreak, though they continue to suspect contaminated vegetables – particularly lettuce, cucumbers or tomatoes. While some countries (notably Russia) have responded harshly by banning European vegetable imports, WHO did not recommend any trade or travel restrictions.

Measures for avoiding infection, WHO said, are

similar to those recommended for other foodborne diseases, including basic good food hygiene practice, as described in the WHO five keys to safer food. The main advice is to wash your hands after using the toilet and before consuming food; to wash food thoroughly with clean water, especially if it is consumed raw; and to avoid cross-contamination when preparing food.

Anyone who has recently spent time in northern Germany should watch carefully for symptoms. These include high fever, abdominal pain, vomiting and diarrhoea. Anyone suffering from these symptoms should see a doctor immediately. Do not medicate for diarrhoea, as it can make matters worse.

Women and young children should be particularly vigilant. “It is true that in Germany 60% of the EHEC cases and 71% of the HUS cases are female,” observed WHO. “The reason is unknown, but it may be that adult women are more exposed to the source of contamination. It is very unusual to have such severe outcomes as HUS in young and middle-aged adults, as the normal high-risk groups are young children and elderly people.”