The opposite of an underwritten policy is one with a moratorium. Under these policies coverage is approved immediately but claims are only paid following more detailed investigations. Furthermore, moratorium policies allow insurers to deny payment for some claims (particularly those related to pre-existing conditions) outright.

Jon Carpenter, Managing Director of Morgan Price, said “traditionally individual international business has been sold via the moratorium route as it is an immediate sell, but increasingly this is causing issues at the back end where customers expect fast claims turnarounds and payments. If a moratorium policy is being administered properly, then claims stage investigation is common, and this inevitably delays processing and payments while you track back through an expatriate’s medical history.”

The trend toward full medical underwriting is a significant one for both expats and the international health industry. Historically insurers have been reluctant to cover pre-existing conditions, leaving many expats in the lurch when it comes to comprehensive health insurance cover. Offering full medical underwriting is another move bringing practices in the expat health insurance industry in line with its domestic counterpart. This is a product not only of rising costs but also growing demand. And with medical inflation projected to rise by double-digits in 2011, this trend isn’t likely to let up any time soon. 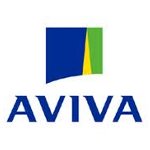 Aviva PLC is a UK-based insurer offering a range of general, health and life insurance products. Unlike many companies with business lines providing expat health insurance, it also handles asset management and pensions. Aviva is a publicly-traded company, and shares have been rising steadily since mid-2010. Bloomberg consensus estimates project Aviva’s earnings to show mild increases in both 2010 and 2011. (Website)

Bupa International is a segment of the UK’s British United Provident Association Limited. Bupa is a market leader in international health insurance, operating (either directly or through one of its subsidiaries) in countries from Europe to the Middle East and Asia. Bupa reported pre-tax profits up 9% at GBP 464.9 million in 2010, driven largely by its Asian and Australian business segments. (Website) 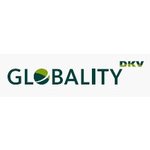 DKV Globality S.A. is a Luxembourg-based company founded in 2008, specializing in the provision of health and life insurance products to expatriates and multinational employers. The company is a wholly-owned subsidiary of Munchener Ruckversicherungs-Gesellschaft, better known as Munich Re. (Website)

Morgan Price was founded in 1999 “to act as a product provider in the international insurance market.” It is not an insurer, per se, but rather what is known as a managing general agent or managing general underwriter. Morgan Price processes applications from clients and essentially matches them with the insurer it deems most appropriate. It also collects premiums and, in some cases, even handles individual claims. (Website)

Read the fine print truly is timeless advice. Personally I’ve always wondered why it always seems to boil down to a cat-and-mouse game between customers and insurers, where insurers make the fine print as difficult as possible to sort through and expats have to play detective.

To my mind there has to be a middle ground somewhere…

Great job on this article. Flying through the underwriting process does not necessarily mean ease of using an expat health insurance program. There are a lot of policies out there with long pre-existing condition waiting periods, low sub-limits and “hidden gotcha’s” associated with the definition of what constitutes a pre-existing condition. Some carriers are not just looking at a condition that was treated or diagnosed before the policy inception. They also view conditions that are “asymptomatic” and have not even been diagnosed yet as pre-existing conditions?!? Always read the fine print and ask your agent for a sample certificate so you can review the definition.

Very informative list of expat health insurance providers, thanks! This will form a good starting point in my research. I would add that CIGNA Global, well known in America but less so here, are another healthinsurance provider that cater to the expat insurance market: http://www.cignaglobal.com/