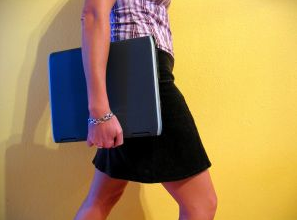 More insurers are announcing their plans for gender neutral pricing following the EU directive which prohibits the sale of insurance products according to gender.

Zurich has become the second major insurance provider to announce the date it will switch to gender neutral pricing. The EU gender directive, which will prevent insurers pricing products according to gender will come into force on 21 December 2012. Zurich has revealed it will switch to the new pricing on 10 December.

The only other mainstream provider to announce the change has been LV=, which will make the changes on 1 December. Zurich will be switching to gender neutral pricing for its Adaptable Plan and income protection insurance products.

Zurich has also explained how it will treat pipeline business as the deadline approaches. Applications for coverage submitted before 10 December will be treated at gender specific rates. Business which has not been processed before the end of the day, 20 December, will be issued on gender neutral rates.

Peter Hamilton, head of protection for UK life at Zurich, said, “We have chosen dates that give as many customers as possible the opportunity to benefit from gender specific rates.

“The majority of our protection policies submitted online get an instant decision, and we will do all we can to ensure that customers have cover in place on gender specific rates before 20 December 2012.”

Aviva has revealed that all applications will continue to be valid providing the following information has been received before 21 December: a completed application, any requested outstanding information, an acceptance of the terms offered, payment details and a policy start date (which can be after 21 December).

In March 2011 the European Court of Justice ruled insurers can no longer price their products according to gender. This rule will come into effect on 21 December 2012. While Aviva is yet to announce a date for its changes, LV=, Ageas Protect and Legal & General have all set dates for their new pricing plans.