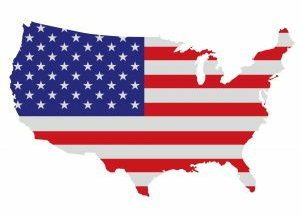 The new healthcare laws in the United States are limiting expat insurers ability to compete in a global market.

When healthcare reforms were first discussed in the United States there were concerns about how they would affect expats and their insurers. Cigna, one of the biggest expat insurers in the U.S., had said it would consider moving its workers abroad to avoid the new regulations. About 700 people work for Cigna writing insurance policies, and most are currently based in Delaware.

At risk were policies from insurers such as Cigna and Aetna who cover the millions of Americans who work abroad. This coverage typically covers employees and their families both outside and within the U.S.. Between them, Cigna and Aetna have over 1.2 million expat members.

For insurers, the biggest concern is a clause in the law that limits profits and administrative costs. Insurers are required to spend at least 80 percent of premium revenues on medical costs; the remainder can go toward administrative costs, such as sales commissions and profits. Rebates to policyholders must be paid if policies fail to meet the medical-loss-ratio (MLR).

An exemption has now been extended that means expatriate insurers are not eligible for the MLR rule. This comes as insurers claimed the law failed to recognize the higher cost of providing expatriate insurance coverage. Emergency evacuations, lining up local providers and paying claims in numerous currencies increases overheads.

Insurers say the additional costs the rule would create could make the expat business less profitable. Another requirement in the law sets minimum benefits, this could drive up premiums for coverage and driving U.S. employers to buy policies direct from foreign insurers, say insurers.

It’s hard to come by well-informed people about this subject, however, you sound like you know what you’re talking about! Thanks