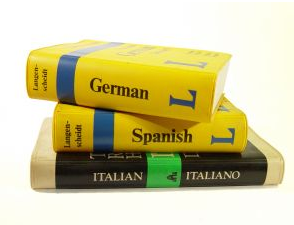 Immigrants with a high level of English and good proficiency of their mother tongue are healthier than monolingual immigrants.

According to a recent study, immigrants who speak two languages are healthier than those who speak only one.

The research, funded by Rice University, Texas, found that immigrants with a strong level of English and a native language were found to be mentally and physically healthier than their unilingual counterparts.

The research suggests “English proficiency gained at the expense of native-language fluency may not be beneficial for overall health status, said study co-author, Ariela Schachter, in a statement.

“It is very important for immigrants to hold onto their native language in addition to learning English.”

The research looked at over 4,500 immigrants to the USA from China, the Philippines, Vietnam, Cuba, Mexico and Puerto Rico. The good health reported by the immigrants was not affected by socio-economic status, cultural adaption, family support, stress, discrimination and health habits.

The research team theorized that the incidence of better health in bilingual immigrants was caused by “cultural flexibility”. This meant they are able to adapt to and integrate with their surroundings while maintaining native cultural ties.

“Individuals who maintain native-language fluency while also learning English may be better equipped to retain relationships in their countries of origin and form new ones in the U.S, co-author Bridget Gorman, a sociology professor at Rice, said in a statement.

This can help explain the “positive relationship between bilingualism and self-rated health.”