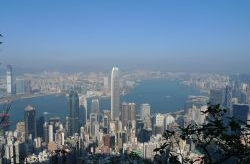 Both Hong Kong and Malaysia have predicted a steady growth in insurance this year.

Expat Health has already reported on the continued growth of life insurance sectors in Singapore and the Philippines. Industry data for Malaysia and Hong Kong shows strong returns with a positive outlook for the coming year.

Insurers in Malaysia are predicting another year of steady growth (7-10%) in 2012, despite global economic uncertainty. The Life Insurance Association of Malaysia (LIAM) believes progress in this sector hinges on continued improvement of the Malay economy.

Economists predict a GDP growth of 5-6% in the coming year this is in-line with the expected insurance market growth. Insurance analysts usually tie market prospects 2-3% above predicted GDP growth.

Hong Kong’s insurers also saw a profitable year in 2011 with sales expected to increase in 2012. The Office of the Commissioner of Insurance (OCI) released figures that showed a 9% increase in gross written premiums since 2010. Over the past year insurers have shown a 14.6% increase in underwriting profit. This is especially remarkable given 2011 was a claim-heavy year with several natural catastrophes.

The future for insurance in Hong Kong and Malaysia

Both markets will benefit from expansion into other regions in South East Asia. Malaysia’s large Islamic insurance companies are planning on expansion into Indonesia. This is favourable due to the country’s demographics and low insurance penetration of the market.

Hong Kong insurers will look to other Asia-Pacific countries, especially Mainland China. According to the Hong Kong Federation of Insurers, clients from Mainland China will constitute 20-30% of all new insurance sales in the coming years.

For more information on insurance in the Asia-Pacific region see the Globalsurance website.