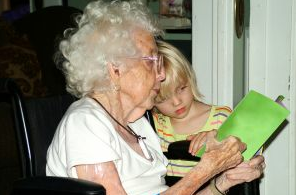 Studies show learning a second language can help ward off symptoms of dementia.

New research shows being bilingual may lead to better mental health. The report, published in the March issue of the journal, Trends in Cognitive Sciences, examines how speaking two languages can ward off dementia. It also suggests the increasing diversity in populations can have a positive impact on the adult brain.

Researchers found the brain’s need to monitor two languages in order to choose the correct one uses parts of the brain crucial for general attention and cognitive control. They suspect, using these cognitive control centres for language processing helps strengthen the system. This could lead to enhanced “mental flexibility” – the ability to adapt to changes and process information efficiently.

According to the HSBC Expat Explorer Survey, China is the number one country for learning a second language. It was top of the survey when parents were asked whether their children were learning a new language. Mexico, France and the Netherlands were in second, third and fourth place respectively. Predominantly English speaking countries, U.S., UK and Australia were at the bottom of the table, in eighth, ninth and tenth place respectively.

Studies also suggest being bilingual improves “cognitive reserve”. This is the protective effect staying mentally active into old age has on brain function. Cognitive reserve can delay the symptoms seen in people with dementia. These findings are supported by studies that show onset dementia symptoms show years later in bilinguals than monolinguals.

“It should not be surprising that intense and sustained experience leaves its mark on our minds and brains, and it is now clear that the bilingual brain has been uniquely shaped by experience.”